Private Training is available with any Instructor, just ask!

We have an incredible staff with a diverse background and lots of experience in all things movement!  Here's some information about some of our staff members, whether you're just curious about who works at the gym, or if you'd like to have one of these instructors train you in a private session!  All of the staff are available for private sessions in the big gym involving Parkour, Ninja Warrior, or Obstacle Course training! 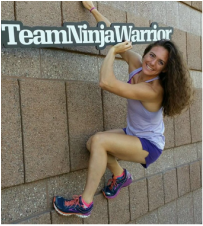 Michelle has been on the TV show American Ninja Warrior for multiple seasons and on Team Ninja Warrior all 3 years.  She has qualified to City Finals multiple times. Most years she has been one of the top females and has competed in the finals in Las Vegas multiple times.  She made history in ANW 6 becoming one of just three women to hit the city qualifier buzzer and beat the warped wall. In 2019 she became the 2nd woman ever to complete the city finals course and hit the buzzer. She has competed on Team Ninja Warrior with her fellow business partners Chris and Brian Wilczewski as the Lab Rats!  Michelle has her bachelor's degree in Exercise Science and her CPT (Certified Personal Trainer) NASM certification.  She ran cross-country and track competitively for 10 years, has rock climbed on and off since second grade, and now also competes in OCR races and trains in Parkour.  She won the San Francisco Battlefrog race in 2016 and the Ohio Savage Race in 2017.  She has consistently placed well in the elite division of the OCR World Championships. She loves to travel all over competing and speaking at places, she was even blessed to compete in Malaysia!  She lived in Kazakhstan for 5 years after college and loved staying active while there as well!  Michelle is very thankful to God for the opportunity to open MLAB OHIO and desires it to bless everyone who comes through it's doors! 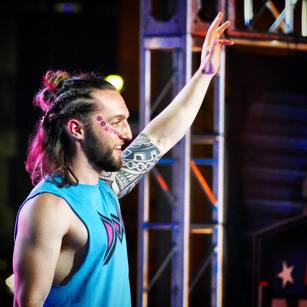 Jesse has been competing in pro ninja competitions since 2015! He also competed on seasons 9 and 11 of American Ninja Warrior, making it to the city finals in his second season and regularly tests for the show as well! Jesse's athletic background consists of weight lifting, calisthenics, OCR, rock climbing, and playing soccer at the collegiate level. Jesse is a certified NNL coach and an active competitor in many of the ninja leagues! He has an associates degree in Physical Therapy Assistant and a bachelors degree in Allied Health. 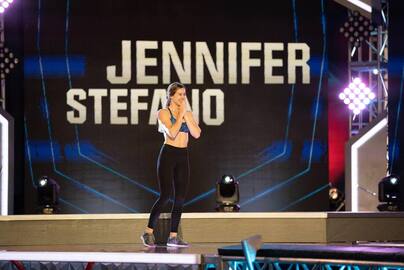 Jenn has been competing in pro ninja competitions since 2017! Jenn’s athletic background consists of rock climbing, yoga, weight lifting, color guard, varsity soccer, running track, and pole vaulting at the collegiate level! Jenn has competed on seasons 12, 13, & 14 of American Ninja Warrior making it to city finals her most recent season. She has been coaching since 2019 and is a certified WNL coach.
If you are looking for a coach that will not only help you get physically stronger but improve your competition & overall mindset, Jenn would be a great fit for you!
Email: stefano.jennirene@gmail.com
Jenn's Rate Per Hour-
1 Person - $70
2 People - $120 ($60 per person)
3 People - $150 ($50 per person) 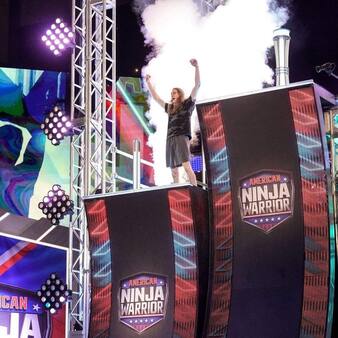 ​
Ryan has been competing in ninja completions since 2017. He also competed on season 14 of American Ninja Warrior where he hit a buzzer in qualifying and made it all the way to the Vegas finals. Ryan's athletic background consists of cross country, track, OCR, and rock climbing. Ryan is a certified WNL coach and he regularly competes in World Ninja League and Ninja Sport Champion competitions. Ryan also have an associates degree in Physical Therapy Assistant.
​
​Email: rysanderss@gmail.com
Ryan's Rate Per Hour-
1 Person - $70
2 People - $120 ($60 per person)
3 People - $150 ($50 per person)